Posted on 1 November 2010 by Joseph Shoer

I recently picked up some food coloring for a little sanity-check experiment in my lab. Yesterday, I was feeling a little artistic and a little physicsy, so I decided to play with the coloring, some clear glasses, a couple of flashlights, and my camera. 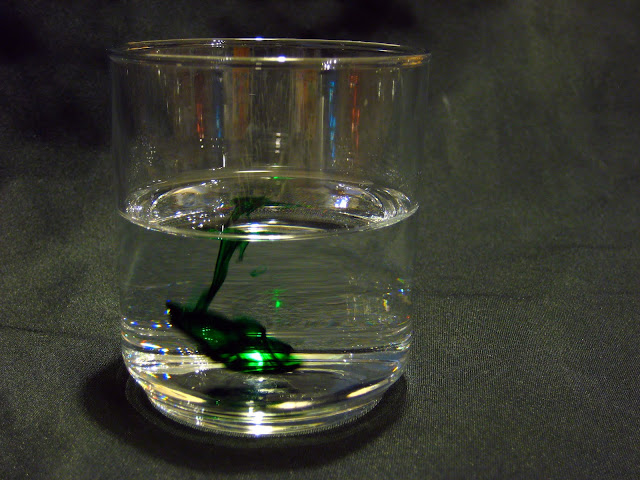 I got a black sheet and put it under a desk lamp, running up to make a backdrop. With a few glasses on the sheet and my camera stuck to its GorillaPod, I started to play with light sources and arrangements. I found some pretty dramatic shots with a flashlight positioned to one side of the image. Reflections of my blue-tinged LED flashlight off the glasses added some nice highlights to the food coloring illuminated from overhead by the incandescent desk lamp. 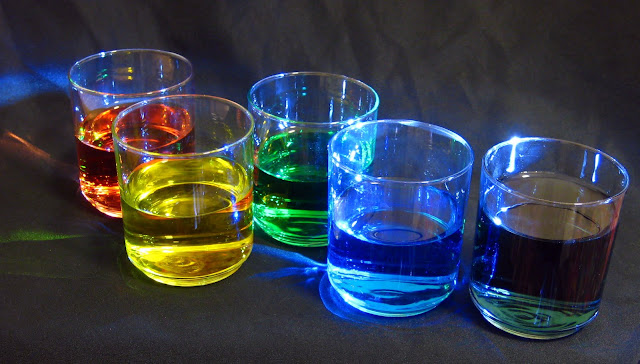 My attempts to do some J-J-Abrams-Star-Trek-style lens flaring by shining my flashlight into the camera from just outside the shot failed, but I was able to do some cool stuff by putting a flashlight behind the water. Here’s my light, with a red color filter, behind the blue glass. The refraction of the color filter’s shape by the bottom of the glass made a neat spiral! 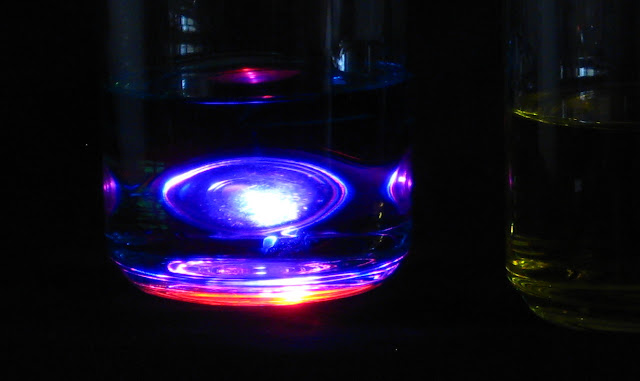 Galaxy in a Glass

I’ve got CHDK on my Canon point-and-shoot, so I spent a while tweaking the exposure time overrides. (Next time I do something like this, I should play with close focuses.) I played a bit with moving my lights around during the exposure, and had a few neat things happen, but I think the best such effect was from postprocessing: adding together five images with my flashlight shining down into each glass in turn. 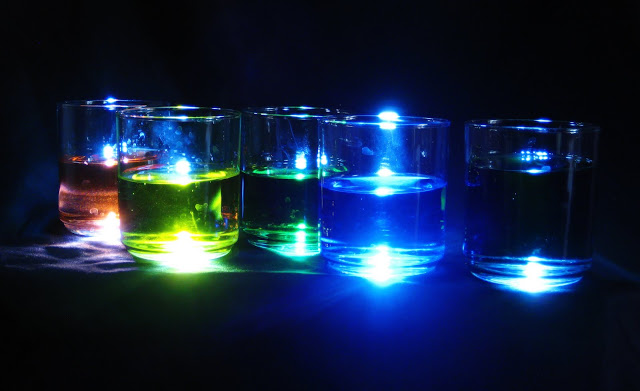 Sadly, none of my abortive attempts to get a water-drop shot worked very well. I think that’s going to require playing with some of the motion-trigger scripts out there for CHDK, and some much better lighting conditions.

Here’s the full album. Next time I’d like to play with some more dynamic situations with the water and lights, and try to play with the optics a little. Maybe add some lasers…

Joseph Shoer
This entry was posted in Art, Photography. Bookmark the permalink.