A debut of sorts

I completed another map over the past few months – and this one has some special distinctions. Namely, it was my first commission and sale! So, be it known that I do that now.

I started from sketch maps, place names, and some stylistic suggestions, but for the most part my own input comes in the artistry and execution. The layout, terrain, and languages are not my own. As I’ve gradually stopped tying maps to my own fantasy world and started drawing them as art for their own sake, it was interesting to put one together based on a set of stories belonging to someone else! 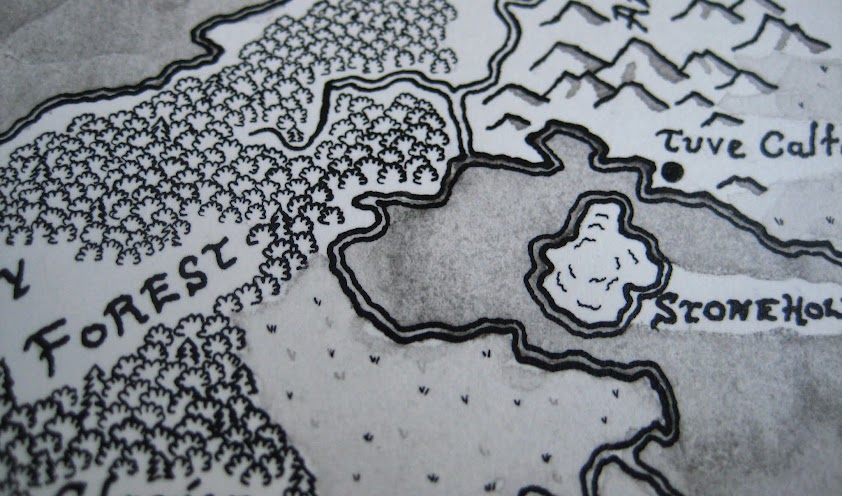 I used the opportunity to try some new(er) techniques, of necessity. I made the decision to do the entire map in black and white, which meant finding ways to distinguish different terrain types with shading and symbols. Grasslands got a light wash, with little grass symbols in two shades. I indicated deserts with a wavy dune-like pattern in very dilute ink. And water took on texture from rough brushstrokes. I also had to have some idea how to handle labels early on (rough though my own lettering may be). 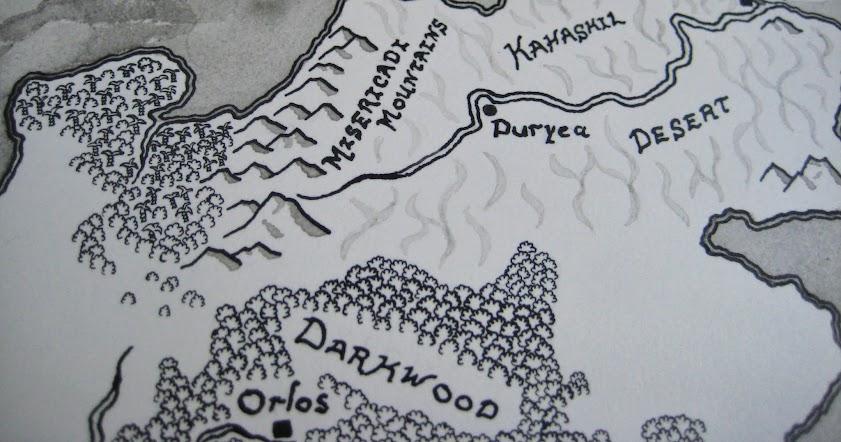 One of the challenges was that this map depicted a region of continental scale. I indicate this by scale: the mountain ranges I drew here don’t reach the heights they do on other maps. I’m particularly happy with the mountains; I think their shapes and shading worked out nicely to give a rough, natural feel to their slopes. The scale of the map also made forests tricky. On a map like Zarmina, I could show forests – and their type – by color. Here, that was not an option. I did some experiments on scratch paper with shading ideas, but in the end I came back to my first idea: tiny trees. Tiny scalloped symbols for deciduous trees, tiny jagged angles for pine trees, and tiny swoosh-topped wedges for tropical palms. 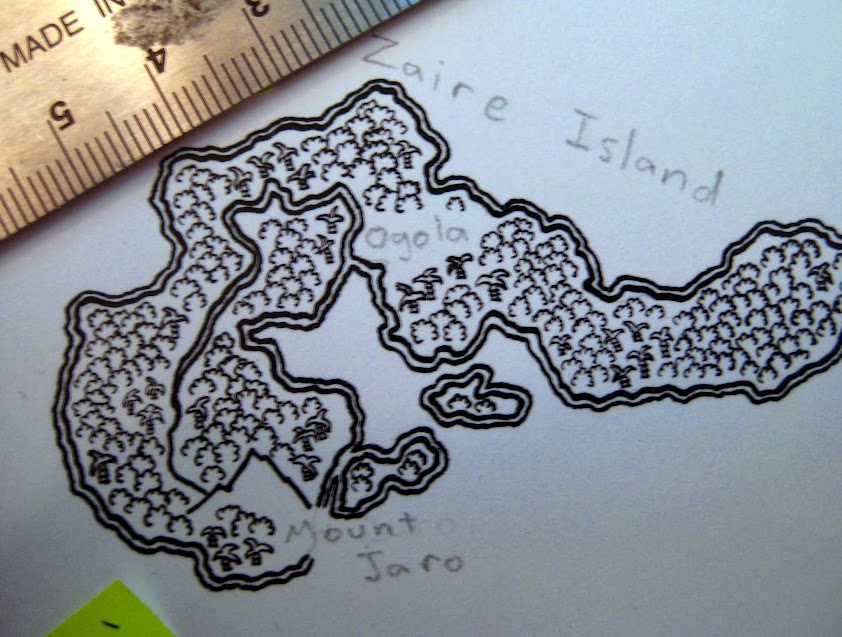 This all came about thanks to my discovery that my superfine pen nib was terrible, but I had a second one that I’d never tried lying around. Turns out that one was much easier to control.

The mixed-up tree styles worked very well, giving me a simple mechanic to distinguish different parts of the map and giving this map something (so far) unique, in the way it divides the viewer’s attention from the larger, broader scales to the smaller, more detail-oriented bits. I also learned more about how the ink behaves in washes, and I’m looking forward to manipulating some of those effects in my next personal project – already underway!