This one has a sob story

New map! Here it is, in my studio: This map depicts an island chain, with no particular raison d’être. Hence, no labeled place markers or accompanying glyphs.

I like this one because it contains some of the most careful, subtle, and successful color-shading work I’ve done yet. I think I got more – in terms of both cartographic significance and artistry – out of the coloration than I’ve done with line in many other maps. I spent a good time blending and brushing the watercolors. 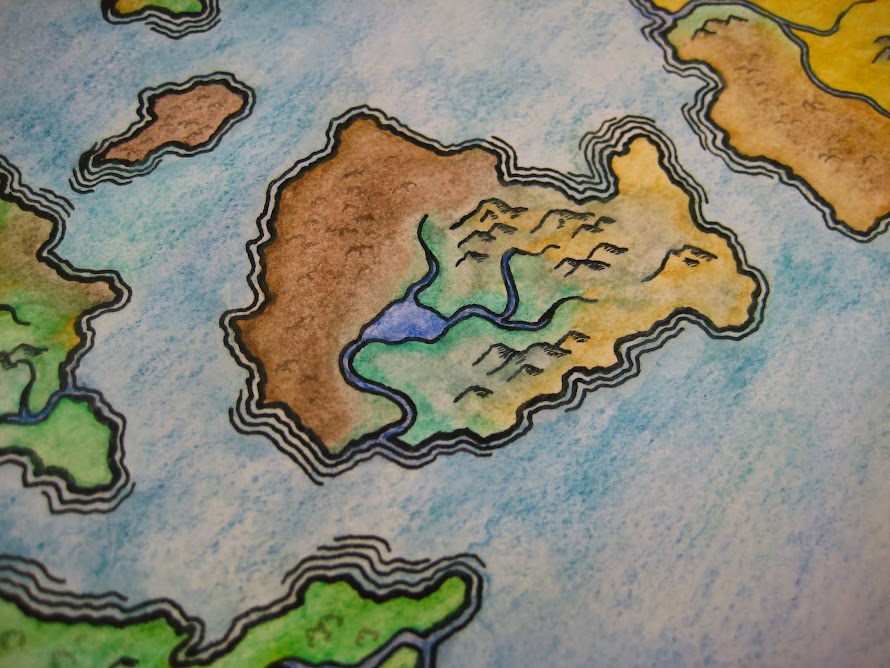 In “Archipelago” (because, hey, I think I’ve got to start naming these maps) I spent a significant amount of time on the water, too. Not as much as on the land, mind you, but still – a good fraction of the coloring phase effort went into adding depths to the water and blending the surface together. I wanted to hint at shallows, deeps, and reefs. The lines enhance the effect, with additional shoreline markings hinting at ranks of breakers where beaches slope gently into the sea. The extra coast markings give the impression that you could walk from island to island, getting only your feet wet. 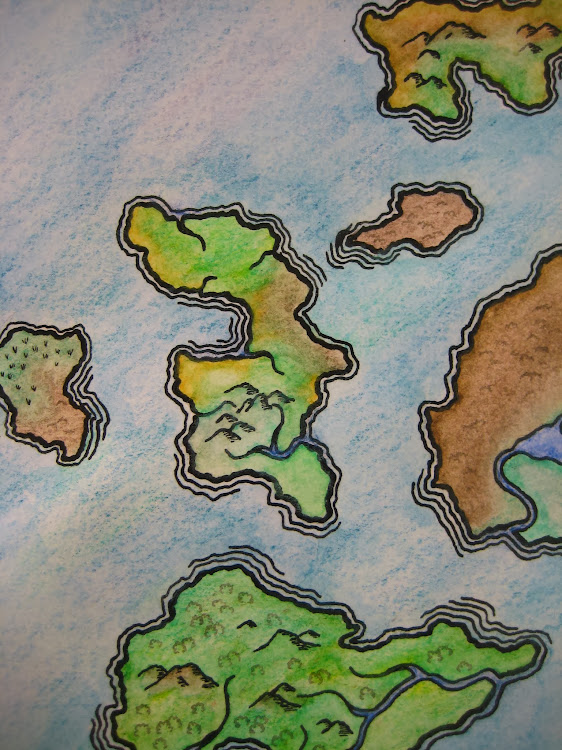 Hopping from place to place and color to color

Many of the same colors that are in the land are also in the water, and vice-versa. Both the mesa tops and the deepest part of the sea have purple in them. The arc of the ocean includes some red and orange – and the grasslands have some blue. In some places, only an ink line and a change of texture (from smoothly blended terrain to the more roughly and unevenly applied waves) distinguishes land from water. There’s a lot of small variation in the colors, bringing out the forests, grasslands, beaches, and stone. There are some lighter ink icons showing regions of thicker vegetation or adding texture to rocky terrain, but for the most part, it’s color doing the lion’s share of the work. This is a bit new: though I’ve been coloring the maps all along, several of my previous maps used color as an enhancer to the ink lines; so far only Zarmina has a similar level of color shading in addition to the ink. I am very pleased with the effect and I think that the map makes a great addition to my growing collection. (I’m up to one in a nice frame, one tacked to the wall in a poster frame, two gifted away, two completed and idling about here somewhere, four works in various stages of slow or rapid progress, and three at the conceptual stage.)

And then I ruined it.

I decided that I needed something else to add focus to the grasslands on the largest island, since most of those regions are yellow and open, and I didn’t want them to appear as deserts. I diluted some india ink to produce a lighter gray ink shade, took out my super-fine pen, and happily added a few regions of hatch marks, with the intention of denoting tall, grassy plains. Amber waves of grain, and all that. Perfectly logical. I was a bit hesitant when I started, but recalling the tremendous success of the inkwash map in a similar situation, I took a deep breath and committed pen to paper. 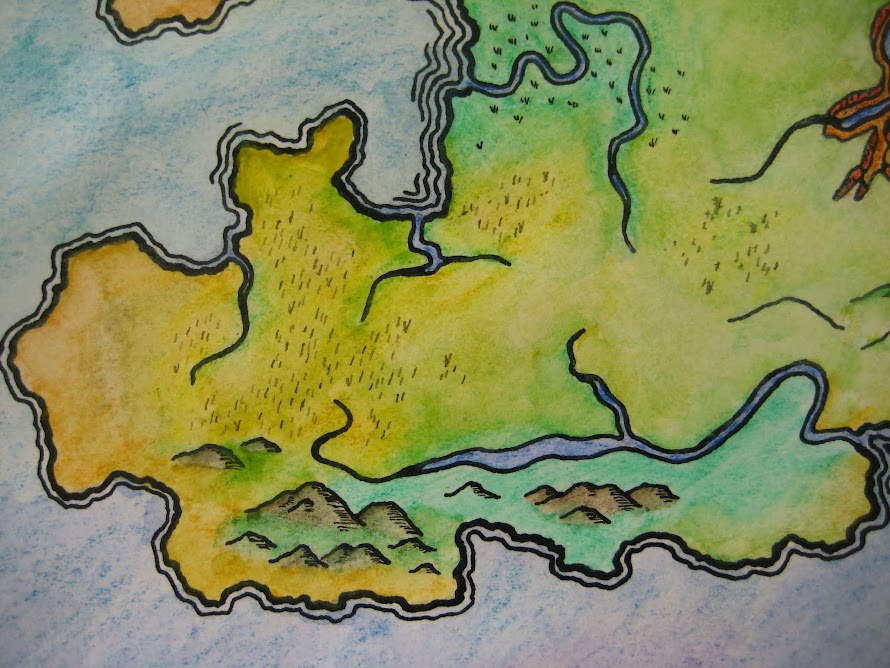 Plains of sticks? The ground has patchy five o’clock shadow? I don’t know.

Joseph Shoer
This entry was posted in Art, Maps. Bookmark the permalink.

3 Responses to This one has a sob story