Who needs an SLR?

This past Saturday, I biked to upper Robert Treman State Park with some friends. Lots of hills between the lower and upper parks!

I brought along my little Canon PowerShot SD1000 – a pretty simple point-and-shoot – and GorillaPod. This camera is obviously designed for sliding into pockets and taking snapshots with a variety of presets, not for taking really high-quality artsy, landscape, or action photos. Still, this camera has been my personal mainstay for a while. (And given the right subject matter, who cares?!) Along with the GorillaPod and CHDK, it can actually be quite powerful. Most of my pictures on Saturday were high-dynamic-range composite photos that came out quite well in postprocessing. (Okay, still not as well as I could have done trying the same thing with a really good camera. But still: this is a great way to get excellent photos for about $220.)

High-dynamic-range, or HDR, photos are composites of several sub-images with varying exposure times. I followed this article and used Qtpfsgui to composite the images. 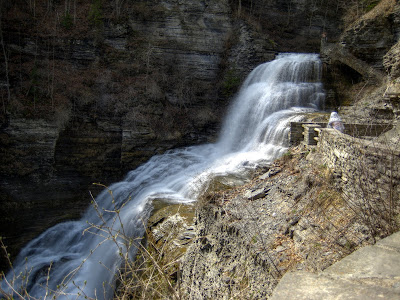 HDR images essentially combine the dark areas of overexposed photos with the light areas of underexposed photos. The net effect is an image that seems more like our everyday perception: you can see the details in both lit and shadowed areas of the resulting image. Of course, there are several algorithms that do this, and tweaking the settings can result in various realistic or artistic effects.

One of the key steps in taking HDR photos is that the scene should be static between subimages. This means the camera has to be steady and there shouldn’t be motion in the scene, since we’re supposed to e capturing the same objects in different lighting conditions and then combining elements of those images. The tripod and a CHDK exposure-bracketing feature kept my camera from moving. But since I was photographing waterfalls, there was obviously motion in the scene. 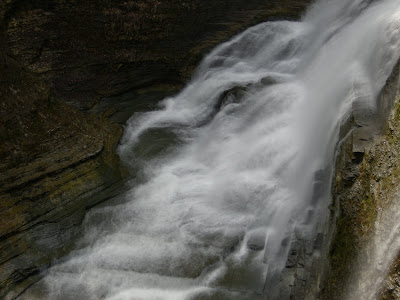 I got some cool waterfall effects as a result. The images combine suspended water droplets and transient shapes in the river from short exposures with the swooshy flowing-water shapes of long exposures, and the high detailing in light and shadow of the cliff rocks. For instance, compare the high- and low-velocity flow regions of the waterfall in the image above, and check out the rocks at lower right. And not only do I get both a superdetailed view and sense of motion from the waterfall composites, but it looks like I have more friends than I really do: 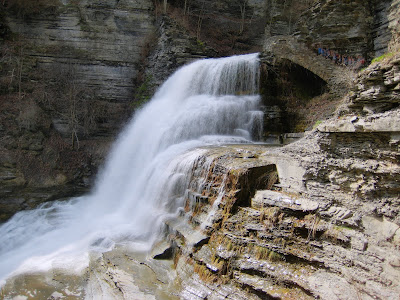 Here’s another great example of the interplay between water effects and light and shadow effects. You get streaky water flow, suspended flying droplets of spray, and you can see the far cliff wall (which is very much in shadow, while the waterfall is in direct sunlight): 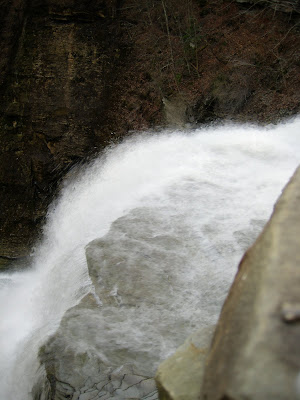 I mentioned that the settings on the HDR compositing can have dramatic effects. Check out this pair: one image has really punchy contrast between the waterfall and gorge walls, while the other brings out details more evenly. 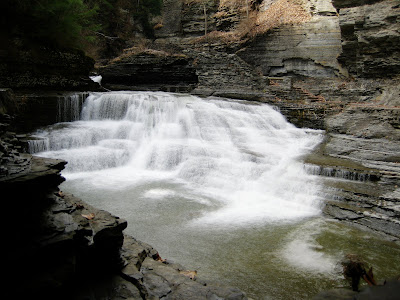 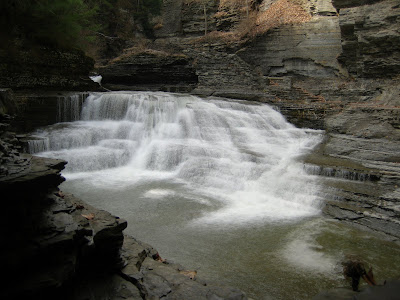 I’ll leave you with this last photo, but I did 30 total HDR images on this trip. If you want to see them all, check out my Picasa album. 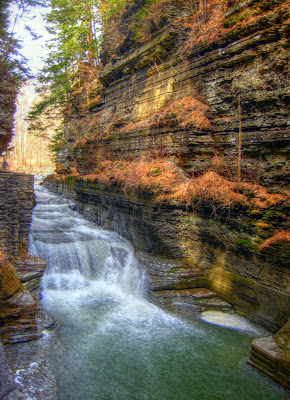 Joseph Shoer
This entry was posted in Art, Photography, Travel. Bookmark the permalink.

2 Responses to Who needs an SLR?